In 1946 Dutch archeologist dr. Cornelis Hijszelerthe  found a orange coloured ground layer with a high amount of charcoal in the forest of Usselo (Netherlands).  This charcoal consist of nano-diamonts particals with a specific high amount of Irridium. These charcoal-layers are found on sites around Europe and North-America and are also called Clovis Layers.

The cause of these charcoal layers is believed to be a vulcano eruption followed with huge forestfires,  dated around 12.850-13.900 BP.

On this site a lot of artefacts have been found; arrowheads, knives , cutters and so on. The people using these tools are called the Federmesser-kultuur, named after there short “feather”like arrowpoints.

To mark this specific site the Rijksdienst voor Cultureel Erfgoed asked architect Michiel de Wit and Hein-Jan Geerdink to design a monument. This turned into a abstract rock measuring 8 x 16 meters.  The rock is placed on two small hills and  in the clevage underneath there is acces to two holes with information about the layer.

To mark this site I made around 600 reproductions of the original artefacts. And  placed them on the casting moulds of the rock, leaving their print into the concrete. The artefacts are placed in a very trendy 21st century patern. 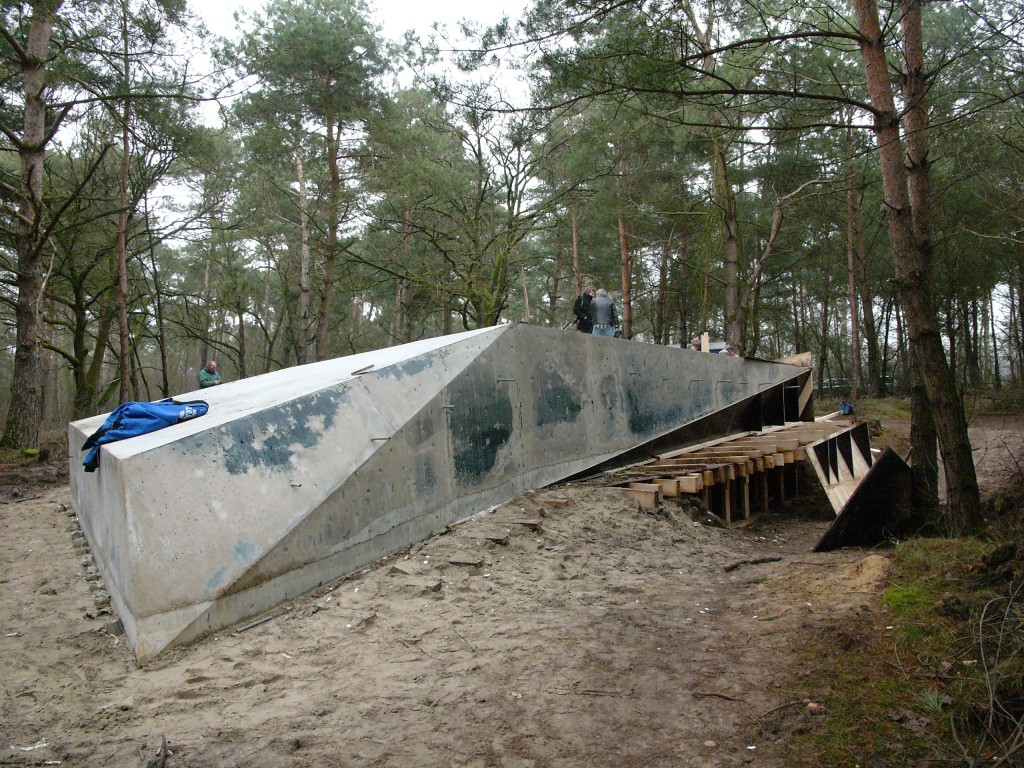 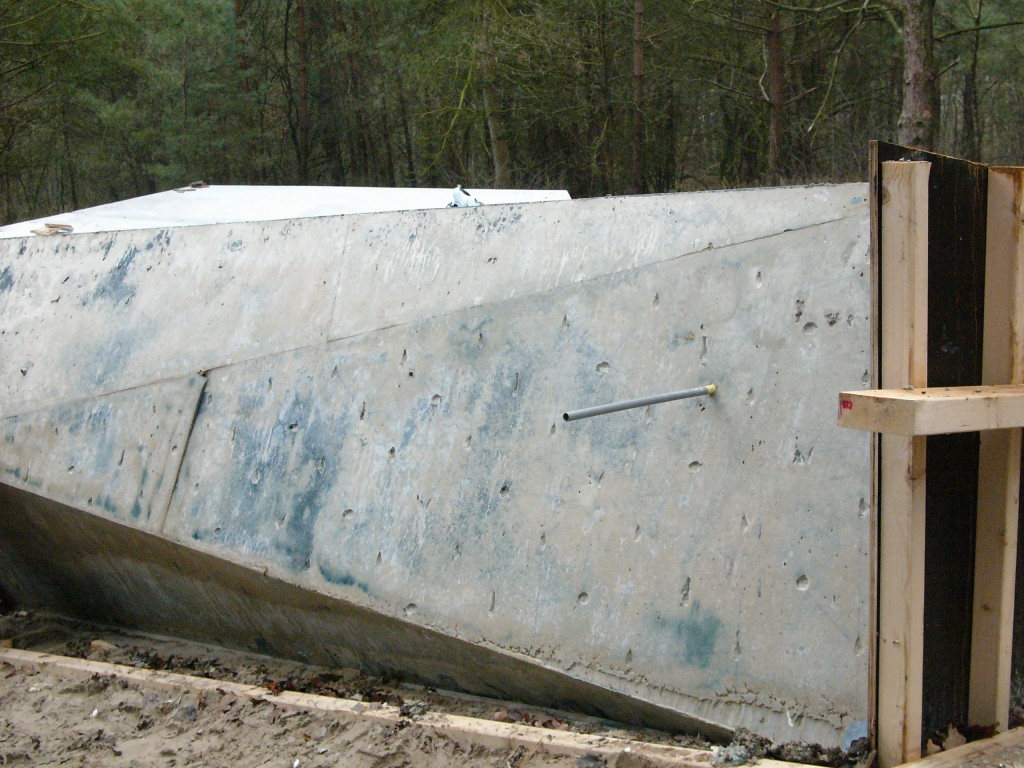 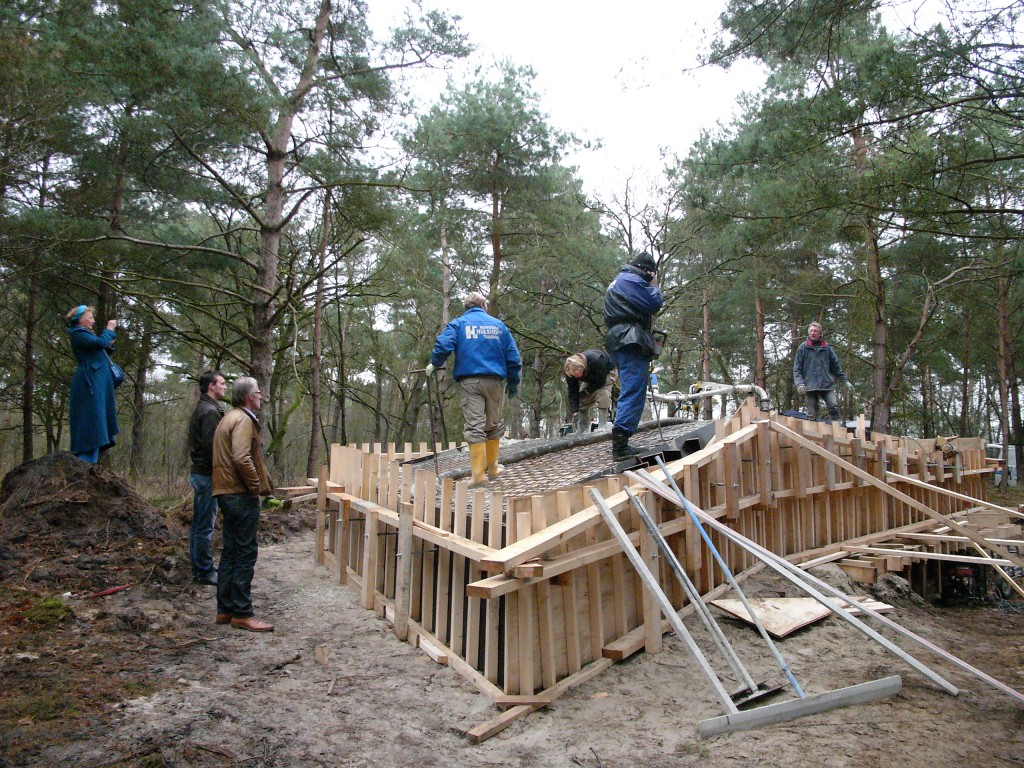 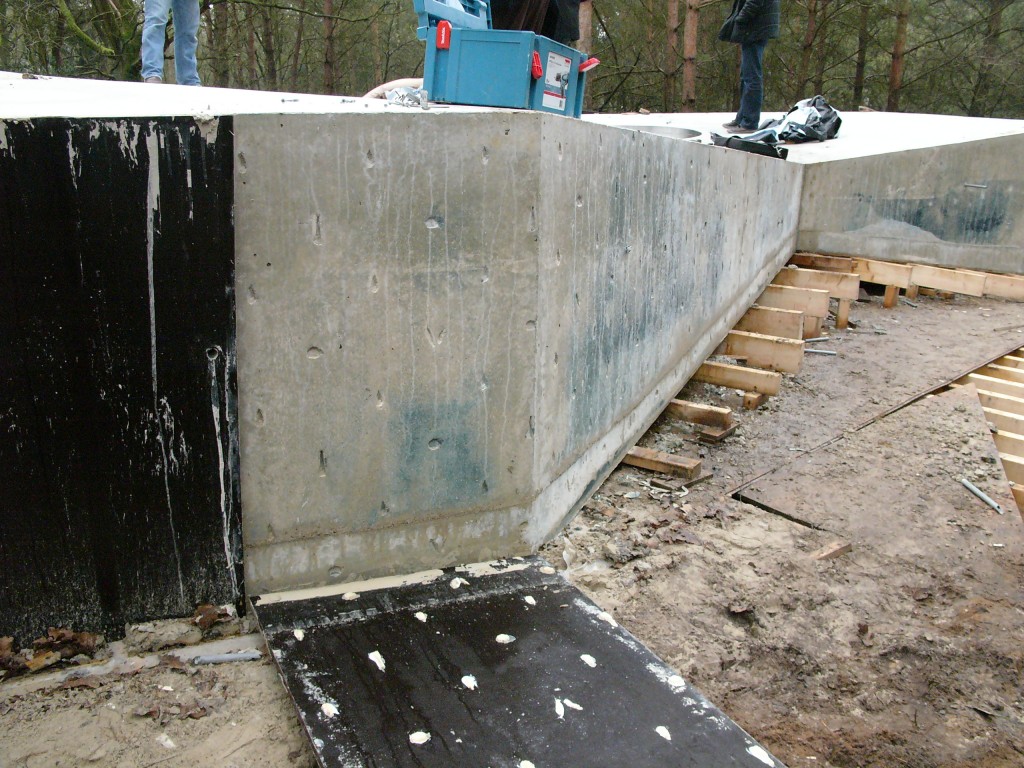 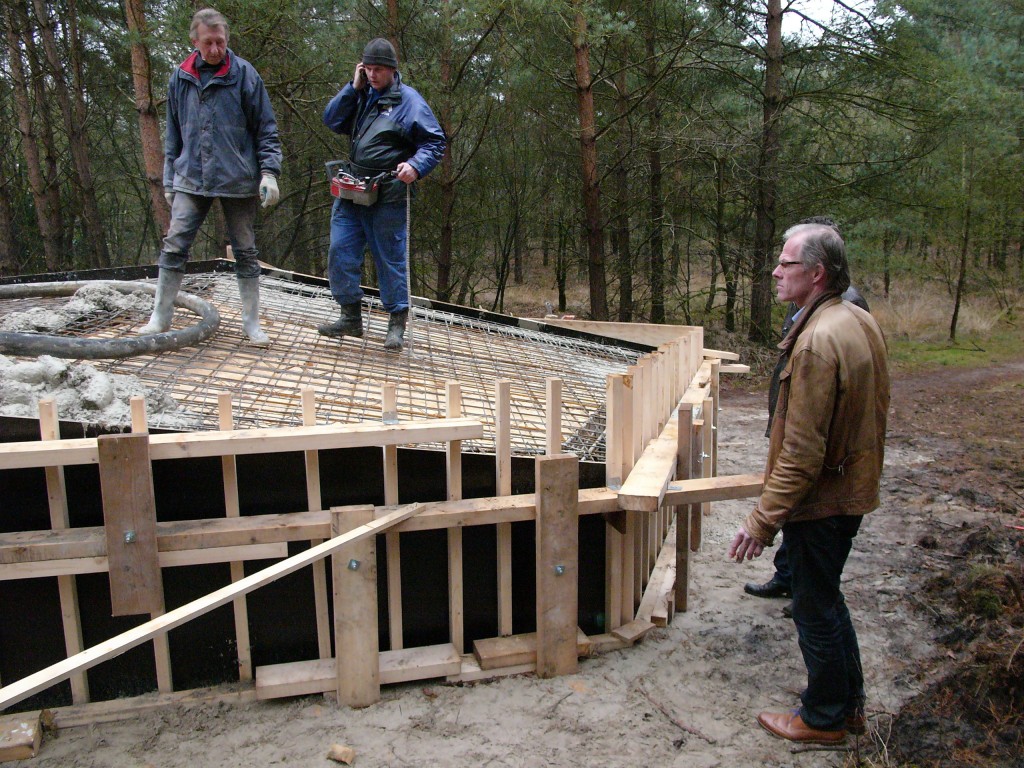 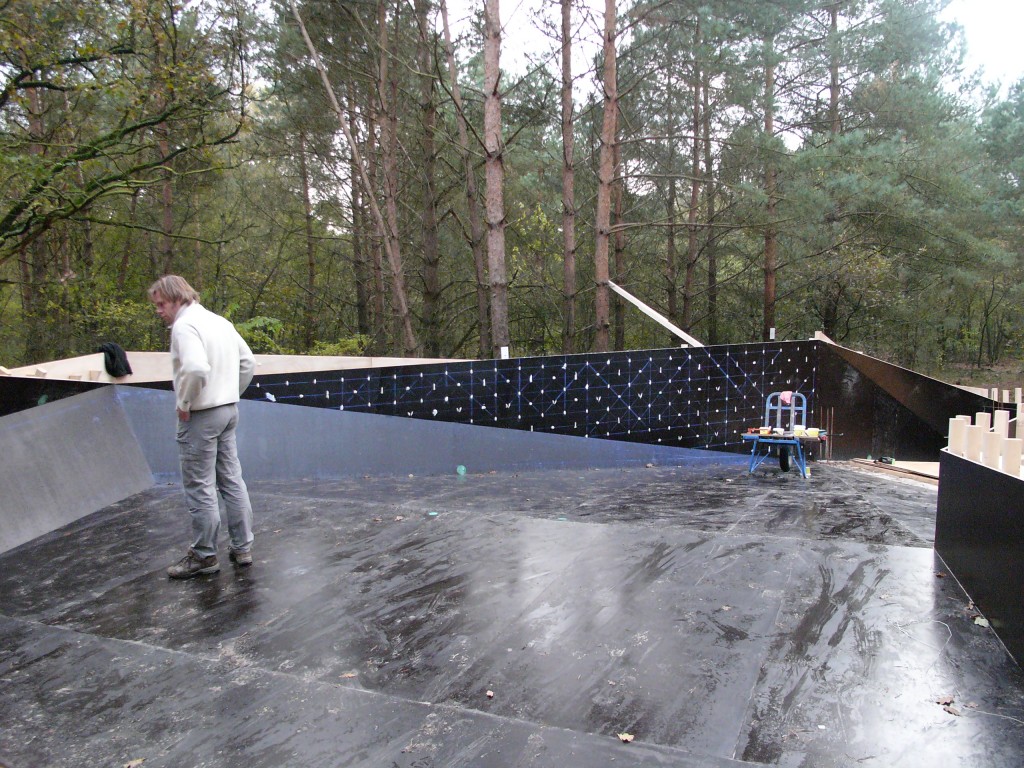 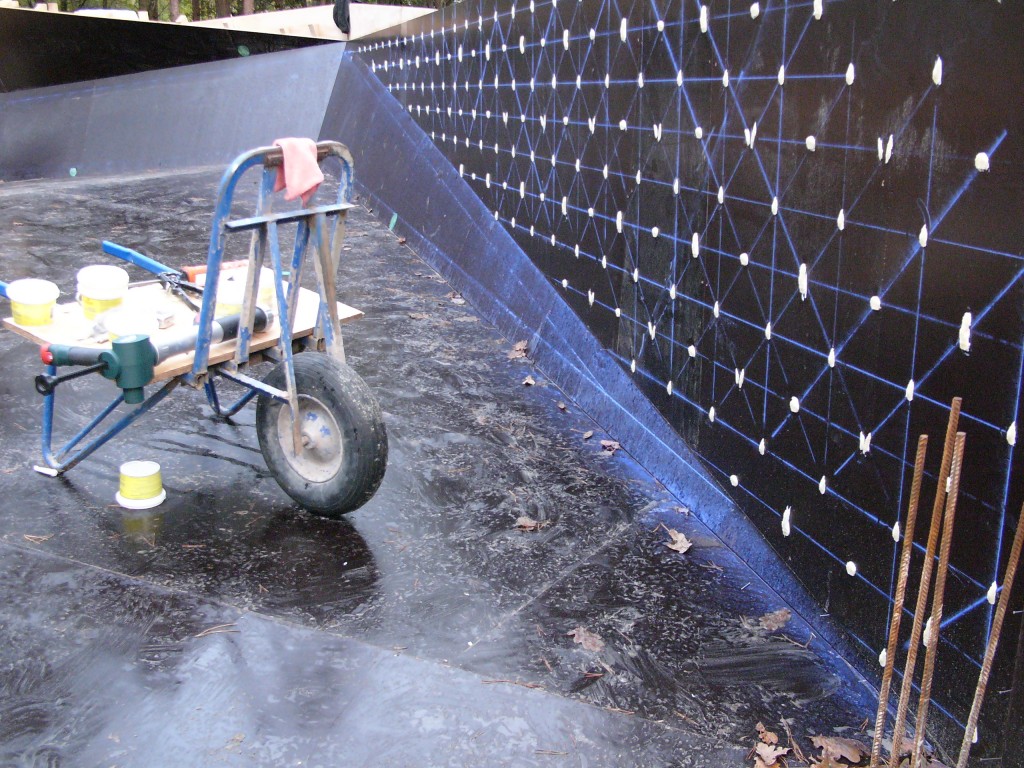 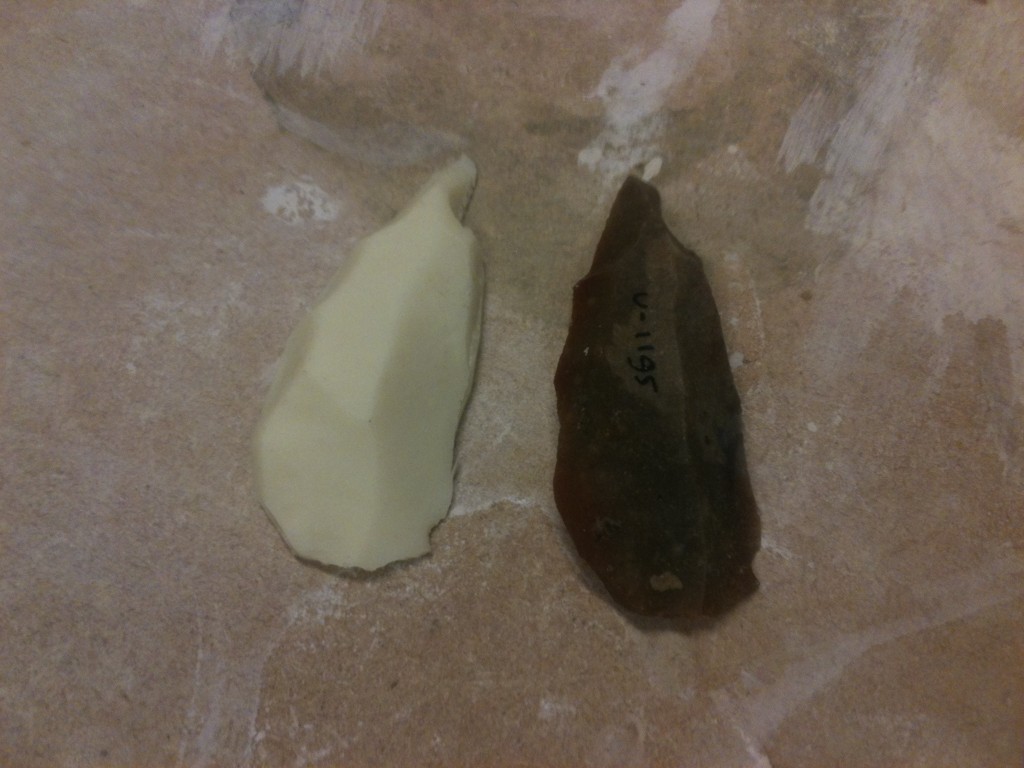 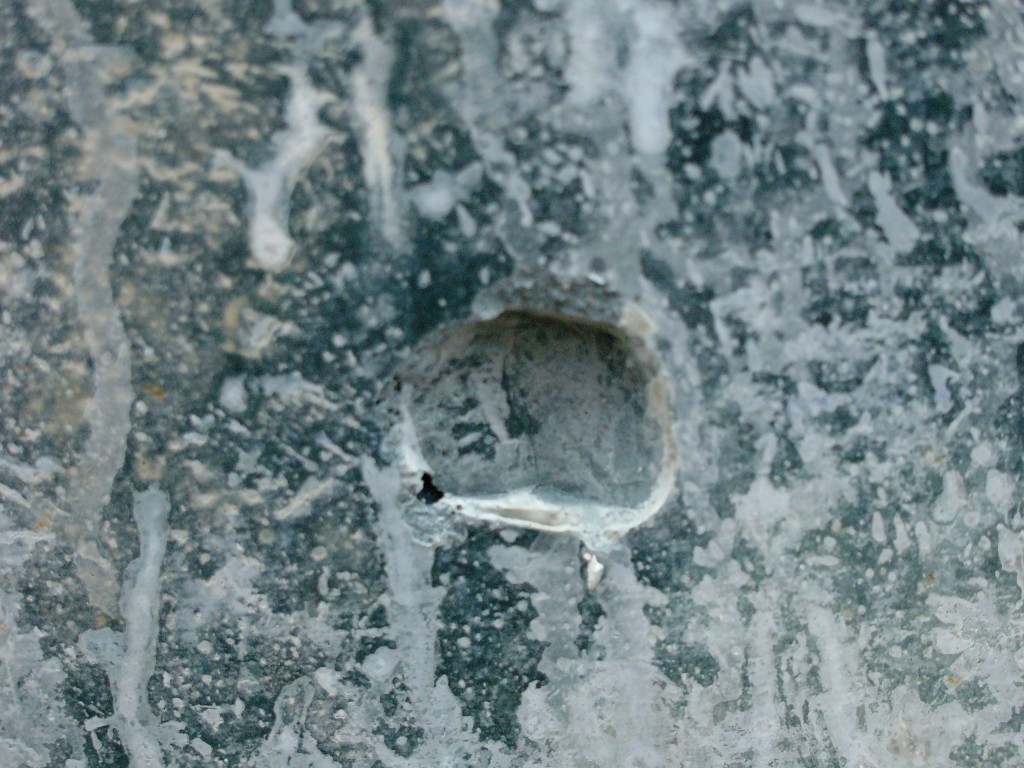